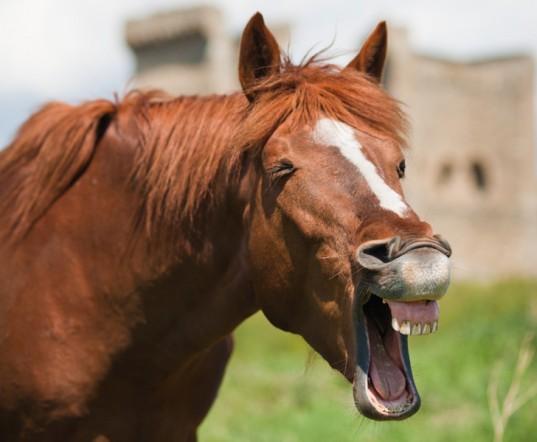 A lot of thought goes into the naming of our racehorses, with owners spending hours researching to pick just the right name.  Combinations of sire and dam names are popular, as in Elle Excite (by Excites out of Jacquinella), and breeders or owners with several horses often have a common theme to their horse names.  Trevor Delroy of Wyadup Valley Farm has an African flavour to his names, such as Ethiopia, Angola, Burkina and Gondokoro.

Sometimes you can try to be bit clever, like with Marleesand.  She is by California Dane out of Next to Me (great song, great singer) hence the name Other clever names include Bowled Lillee who was by Hartbalm out of Courtmarsh.

Jamaican Aroma raced in Australia without causing much of a disturbance, and Hoof Hearted raced 42 times in the USA. Pistol Knight won over $200K in Queensland, and was far more successful than either Pistol Sunrise or Pistol Dawn who was by Western Gun.  Oliver Beer was no slouch, winning a Listed race at Morphetville, but Oliver Look never even saw a racecourse.

Noalcoholic's career as a sire was brief, and it appears his progeny drove  their owners to drink.  He sired Alannon, Teatotally, Church Social, and Candy is Dandy (Ogden Nash – "Candy is dandy, but liquor is quicker" to name a few. Tsipura was not by Noalcoholic.

Dopey names are not confined to racehorses.  Some years ago the Footy Show (NSW version) raced a greyhound called Nads with some success.  There was once a trotter called Argus Tuft and I believe that he also has a LinkedIn profile now.

A half-sister to Elle Excite is trained by Robert Smerdon, and rejoices in the name of Nodrems.  Keep your eyes peeled for a horse named Yerac coming soon……