Perfectly Stunning lives up to her name 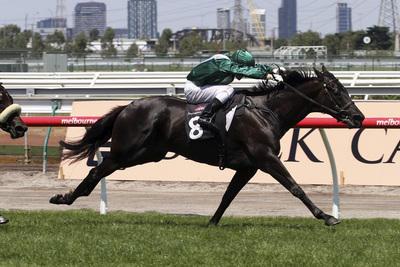 Perfectly Stunning (by Perfectly Ready out of Swallow) is raced by one of Australia's most successful studs – Vinery Stud – along with Newstead Bloodstock.  This partnership also races the exciting 2YO Samaready.

Carey said he’ll consider aiming Perfectly Stunning, a winner of three city races from her four starts as a four-year-old, at next month’s Group 2 Sunline Stakes.

Craig Newitt drove Perfectly Stunning through an opening along the inside and the mare responded well to reel in Ominious Quality with Epingle running home late for third.

“‘Froggy’ (Newitt) was patient, he knew he needed to be. We always thought we would be back and in need of a run,” Carey said.

“She’s absolutely flying. She injured herself as two-year-old and we lost her for a little while and we wondered if she would ever come back.

“Credit to them up at Rockmount, they did a great job to get her back and her form has been stellar. The challenge now is to get her some black type to go with her metropolitan wins.”

Perfectly Stunning, well backed from $7 to $5.50, drew clear to win by one and three-quarter lengths from Ominious Quality, the $4.40 favourite, with three-quarters of a length to Epingle, $21, third