Frankly my dear, Captain Rhett is a winner 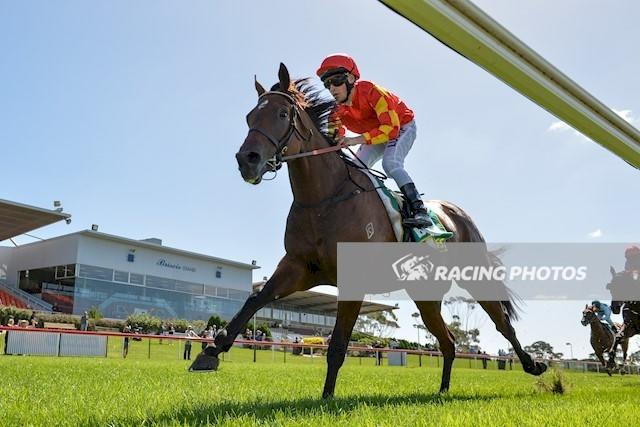 Captain Rhett (Helenus/Starlett O’Hara) broke his maiden status at Geelong today in the bet365 maiden plate over 2200m.  “The Captain” has shown a great deal of promise this time in, with a 3rd in the Autumn Classic (Gr 2) at Caulfield and 5th in the Alister Clark stakes.  This is a real sentimental win for the Carey team, as Cheryl bred Captain Rhett, putting the dam Starlett O’Hara (which she raced with Pat’s sister Bernadette and her husband Michael), to Trevor Delroy’s stallion Helenus – sire of Gr 1 winners Cedarberg and Ethiopia.   Cheryl and Pat now race Captain Rhett in partnership with Bernadette and Michael, and they have another couple of nice youngsters in the pipeline including a 2 year old filly by Americain and a lovely grey weanling filly by Dalakhani.

Many thanks must go to the staff, vets, farriers and specialists on the Epsom Lodge team, and to our apprentice Jack Martin who rode “the Captain” an absolute treat. It has been truly a team effort to get the big feller to the winner’s stall today, our fifth win for the month of March, and a credit to all concerned.