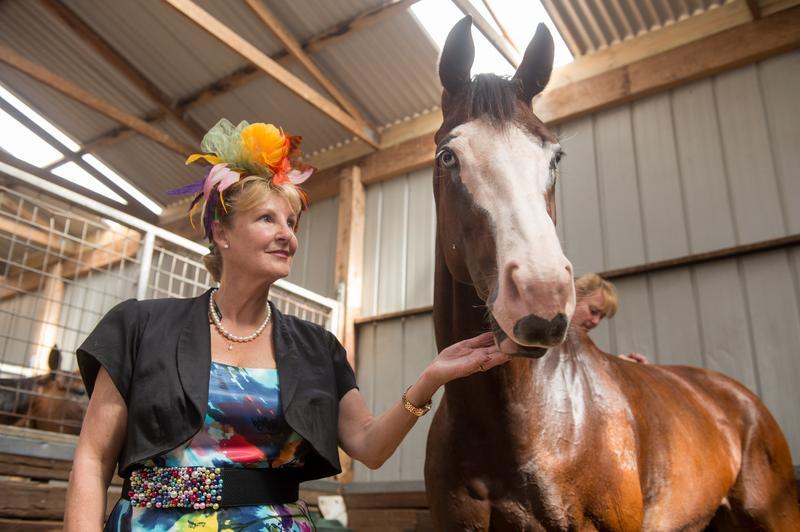 You might have seen we have a horse in training with us here at Epsom Lodge called 'Blue Eyes'. What you mightn't have realised is just how striking the Helenus filly is with not one, but two blue eyes with white eye lashes! So we thought we would share some photo's with you.

The filly's striking blue-coloured eyes are genetically linked to her large white blaze. These markings are relatively uncommon in thoroughbreds but are seen more frequently in other breeds such as Clydesdales.

Born and Bred by Trevor and Terrie Delroy at their Wyadup Valley Farm in W.A., the 3yo daughter of Helenus is a full sister to the stables Gr.1 ATC Derby winner (and 2013 Melbourne Cup 6th place getter) Ethiopia.

It's not unknown for Pat to strike up a chorus or two of Old Blue Eyes himself – Frank Sinatra's classic hits at the track in the mornings.

Keep an 'eye' out for our unique filly who we hope will be seen in the winners spot very soon!