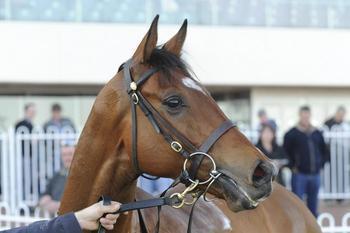 Mornington trainer Pat Carey paid tribute to jockey Michael Walker after Cuban Sunday's upset victory in Saturday's Listed Slickpix Plate (1700m) at Caulfield.
Cuban Sunday joined Carey's camp earlier this year after posting four wins from 13 starts for Caulfield trainer Mick Price. The gelding built fitness with two reasonable runs for Carey before a luckless effort when third at Flemington August 11.
"He ran really well at Flemington and probably just got held up at a vital time and the result was the result,” Carey said.
"He came to me in very good order and he just came down to Mornington for a change of scenery and he's done well since.”
Punters let Cuban Sunday go around at $26 in the Slickpix Stakes with most expecting the jump from Rating 89 company to Listed level to prove beyond the five-year-old's capabilities.
However, a keen early speed and Michael Walker's quick thinking got Cuban Sunday home from well back to defeat another longshot Ebony Rock by a neck while Streets Away was the best of the on-pacers with his third.
"He (Walker) rode the race from a wide draw to get back and take his chances through the race,” Carey said.
"He rode it great, he got no interruptions in the run and was able to get into top gear and gee, he finished strong. It was a fantastic win.”
Carey said he would assess how the form from Saturday's $120,000 event panned out before planning Cuban Sunday's next assignment but he said the son of Benicio would stick to handicaps for the rest of his campaign.