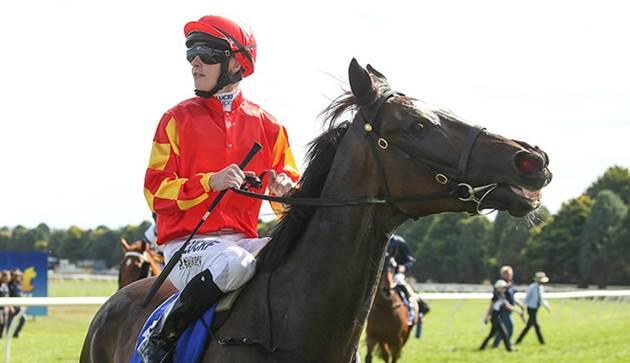 The VRC St Leger is one of Pat Carey’s favourite races as, he says, it offers a platform for the young emerging talent to come through. Carey is therefore doubly excited about what Tuesday’s 2800-metre Stakes race at Flemington will throw up.

The Mornington trainer will saddle up High Chaparral gelding Baykool for just his ninth start and has booked 23-year-old Patrick Moloney, clearly expecting the mix of youth and budding talent on both sides of the saddle to come together neatly in the $200,000 staying feature.

“It’s one of my favourite races,” Carey said. “It might not have an attraction for a lot of people but it’s a race I’ve always loved. It’s teased me.

“I love it as a race and being a passionate staying man, I would like to support this race and see it keep its standing. It’s a lovely stepping stone for three-year-old stayers in its purest form.”

Tuesday’s race can provide a stepping stone for Moloney also as Carey views the rider as being on the verge of breaking into the top bracket.

“I think he’s potentially a late bloomer Pat,” Carey said. “As a rider, he’s very disciplined and he keeps at it. I think he’s going in the right direction.

All these attributes will come in handy on Tuesday over the 2800-metre trip as it is the first time for the horses, and many of the riders, over such a marathon journey. But running the trip is the least of Carey’s worries as Baykool carries stout credentials on both sides of his lineage.

“We trained the dam Our Serena and she was a tough, very tough staying mare who raced very well for the connections in decent staying races like the Bagot, the Sandown Cup and Mornington Cup,” he said.

“When we sold her as a racing and broodmare proposition, a guy called Richard Gorton bought her and he asked for our recommendation who he should send it to and we suggested High Chaparral and the end result was that he bred Baykool and I finished up buying it back off him as a yearling (for $80,000).

“By the time he started racing – he started off at Warrnambool in May last year – I just had him earmarked as an autumn staying three-year-old.”

Carey said Our Serena, who only won two races but earned almost $230,000 in stakes, set herself apart from most other horses by her ability to keep running.

“He is very similar to his mother,” Carey said. “She was by Fantastic Light and he is quite a stout source of staying power. He was very competitive with Galileo – I think he even beat Galileo (King George). That’s why we bought Our Serena.”

Carey has ticked off the staying credits of Baykool and the credentials of his rider, so now for the horse. After a six-length maiden win over 2000m at Cranbourne, he progressed to Ballarat last month for a narrow but decisive win over the smart filly Ana Royale in a BM70 race over the same distance at Ballarat.

“I think he’s got as good a form as you need to run well in the race,” Carey said. “He’s a fit horse in good order and he’ll be highly competitive.”