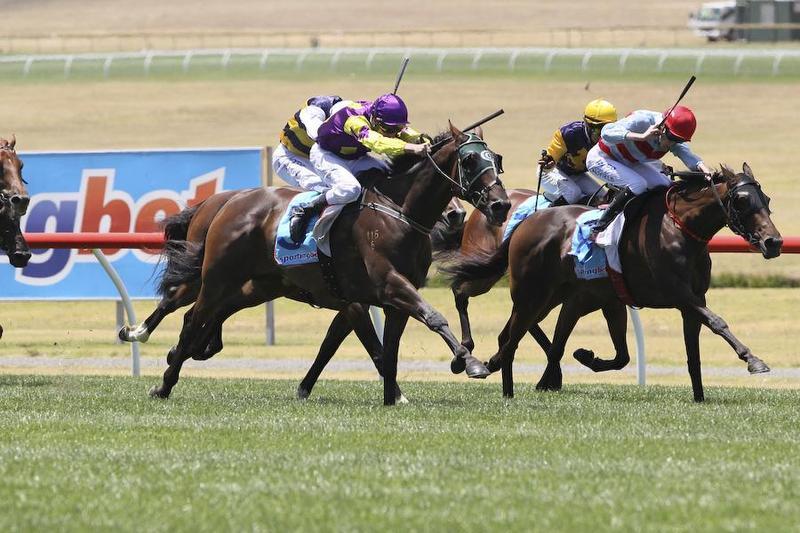 A drop in class encouraged the best from the Pat Carey-trained Altonio at Sandown on Wednesday.

And the horse’s win in the Premier Signs Handicap (2400m) duly persuaded Carey to have another crack at a better race.

Carey had been aiming Altonio at the Listed Bagot Handicap at Flemington on New Year’s Day after a couple of encouraging runs in town, only to abandon the plan after studying the field.

“I thought he could have been competitive in the Bagot, but in the end he was meeting horses who had beaten him and would have been no better off,” Carey said.

“So I dropped him back a bit in class today and he’s appreciated it.”

Having collected a good, confidence-building win, Carey will set Altonio for next month’s $350,000 Mornington Cup (2400m).

Altonio ($4.40) showed the staying ability Carey always believed he had, beating the favourite Readings ($2.60) by three-quarters of a length with Campeo ($6) a long neck further back.

“He’s probably even better than that,” Carey said.

“He’s been up a while but he’s tough and I’d like to keep him going for the Mornington Cup.

“I’d say he’d be a lightweight chance and sometimes there’s a bit of a gap in the ranks at this time of the year.”

Altonio’s win compensated Carey for the second placing of the promising Angola in the previous race, the Slickpix Plate (1400m).