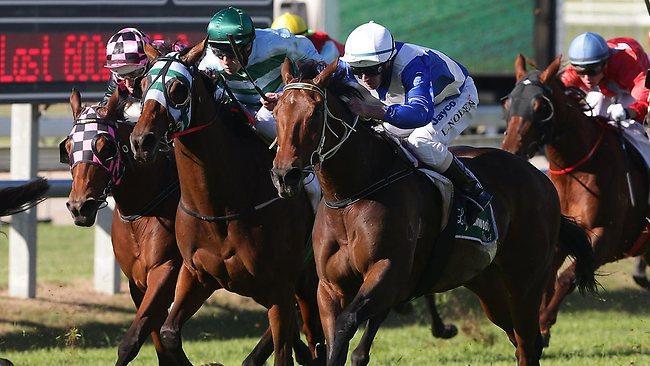 PAT Carey believes his filly Gondokoro is ready to turn the tables on her adversary Dear Demi in Saturday's Queensland Oaks at Eagle Farm.

In four clashes between the fillies, the scoreline is three to one in Dear Demi's favour but Carey suggests it could be the other way around.

''I have a healthy respect for Dear Demi. Certainly she has the score on the board against us but if we had of had any sort of luck last start we might have levelled it up,'' Carey said.

At their last start – the Group 3 The Roses at Doomben – Dear Demi held on narrowly to defeat Gondokoro in a photo.

Gondokoro gave away a huge start in the straight after striking interference in the early stages and charged home to just be beaten.

Prior to that Dear Demi finished second in the ATC Oaks with Gondokoro two lengths behind in third place but Carey believes his filly had little luck on that occasion as well and should have finished second.

''She had little luck in the straight. If we'd done things differently we would have run a clear second,'' he said.

Before the ATC Oaks, Gondokoro finished fourth in the Vinery Stakes with Dear Demi fifth.

Their only other clash was last year was in the VRC Oaks which was won by Dear Demi with Gondokoro a well beaten seventh.

The fillies, who are the two favourites, are drawn close to each other with Gondokoro drawing barrier one and Dear Demi barrier three.

Dear Demi is a $3 favourite with TAB and Gondokoro is at $4.20 with Express Power who drew barrier two next in the betting at $9.

"I'm very happy with her.  She's held her form nicely and she worked well on Tuesday morning on the course proper at Eagle Farm," he said.

Gondokoro, by Zabeel is a sister to Zabeelionaire, is still in Saturday week's Queensland Derby but Carey said it would depend on how she performed on Saturday.

Gondokoro is owned by West Australian Trevor Delroy of Wyadup Valley Farms, who bred the filly and her dam Kisumu.  Delroy has supplied  Carey with two of his three Group One winners in Ethiopia and Cedarberg. Carey's other Group One winner was VRC Oaks winner Arapaho Miss.