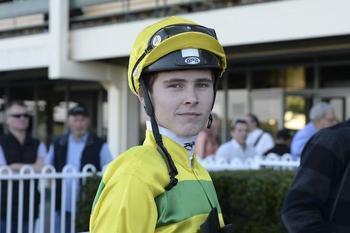 PAT Carey believes apprentice Aaron Mitchell is one of the best kept secrets in Victoria.

Carey was effusive in his praise for Mitchell after he partnered Docking to win the Sportingbet Best Tote Plus 5% Handicap at Sportingbet park.

The Mornington-based trainer said Mitchell was as good as any three kilo claiming apprentice in Victoria.

“I don’t think he’s getting used enough. He has a really good value claim for anyone wants a very competent apprentice,” Carey said.

“He’s a really good kid, but has been limited by opportunities. People looking to take three kilos off a top weight, I think he’s as good as any one going around.”

“I expected the horse needed top of the ground,” Carey said.

“Heavy ground at Mornington found him out last start and he didn’t let down properly. Today with blinkers on, firm track, six furlongs (sic 1200 m) and a lovely ride by Aaron."