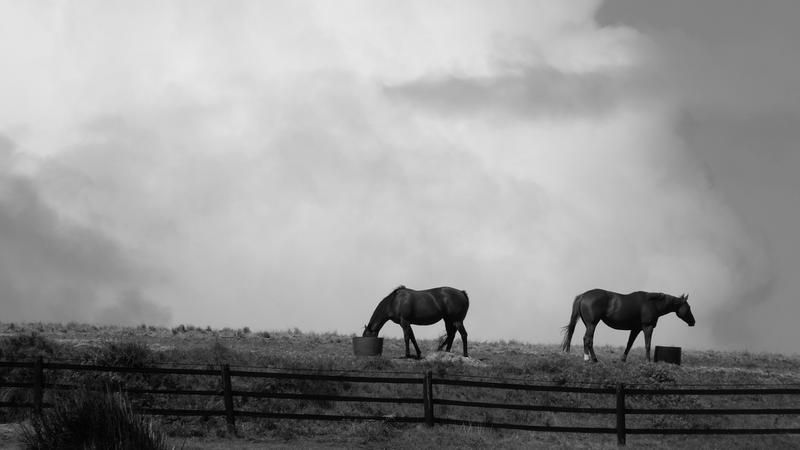 As the remnants of last weeks cyclones run out of puff out to sea, they provide a stunninig backdrop for two serene mares at Trevor Delroy's showpiece Wyadup Valley Stud in WA.

Wyadup Valley looks out over the Indian Ocean, and this is where some of our most prominent horses including CEDARBERG, ETHIOPIA, DURNFORD, GONDOKORO  well as ULUNDI, ANGOLA and current Derby hope BIKILA  along with many mares foals spend their years.

Pictured is the dam of Angola along with a three-quarter sister to Ethiopia in a group of mares, all selected and prized for their staying genes.