Night Sight glows in the dark! 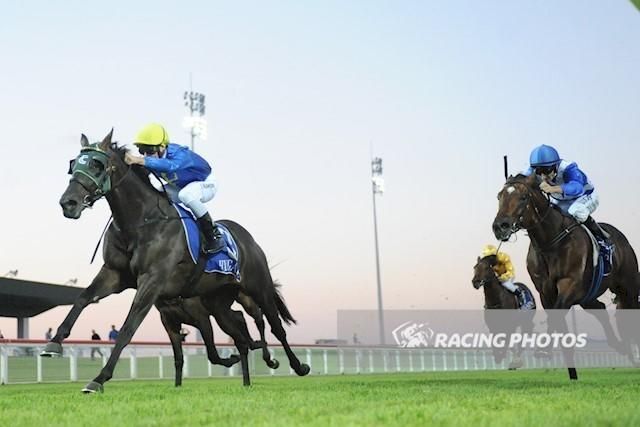 Congratulations to Steve Watkins, owner and breeder of Night Sight (Bianconi/Infrared) who scored his maiden win in the XXXX Gold maiden plate at Pakenham on 7th April. Night Sight is a half-brother to The BMW winner CEDARBERG the first of the Helenus progeny to really fire, and after some early problems it looks like Night Sight now has his game in order.  Steve is a former Gr1 winning trainer, now retired to a property just over the border in NSW, and he breeds and races a few horses with his family.

“It is an addiction” he told Simon Marshall in his post-race interview, “heroin would be cheaper!”

Stable apprentice Jack Martin, only just back in the saddle after a shoulder injury, rode a great tactical race on Night Sight who was in blinkers for the first time, keeping him handy throughout the run before making his move in the straight, finishing strongly to win by a length.

Many thanks to the crew at Epsom Lodge, and to Sally and the team at Willaroon Thoroughbreds who take care of Night Sight whilst he is spelling.  We appreciate the care that Sally takes with our horses, we always know that they will come back from their break in tip-top shape.