Kootara chalks up her first win 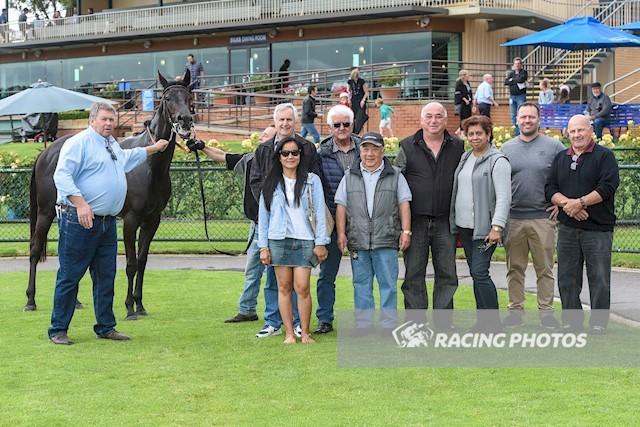 Congratulations to John Sweeney and partners on the win of Kootara (Kuroshio/Annie’s Diamond) in the No Fuss Event Hire 3YO maiden at Bendigo on Sunday 16th December.  This was Kootara’s first win from 3 starts, well ridden by in-form apprentice Michael Poy.   Kootara is a half-sister to Annenberg (also owned by John and partners) who ran second in the Talindert Stakes at Flemington as a 2 year old.

It was a great thrill to land a winner for John who has been a loyal owner since the Epsom days, particularly with young Michael aboard as he is the son of legendary hoop Michael Clarke – our former Mordialloc neighbour. 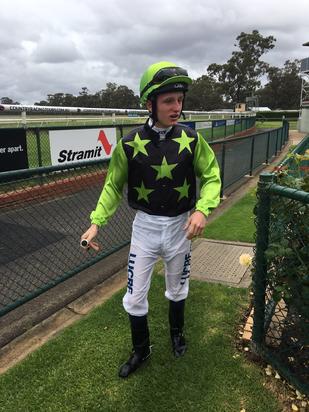 These colours formerly belonged to Frank McLaren, and Michael Clarke won in these colours on Silver Wilkes as a claiming apprentice.

John has raced a horse or two with us each year since our early days, and the current team of Kootara owners (John, Peter W, Jan, Les, Peter Mc, Lindsay, Paul, Marie, Michael, Brian, Frank and Leanne, Brett, Irene, Chris and Clanbrooke Racing) are all old friends of Pat Carey Racing.

Thanks to all of our amazing team of staff, vets and farriers who take great care of our horses with skill and dedication.