Great day out at Sale 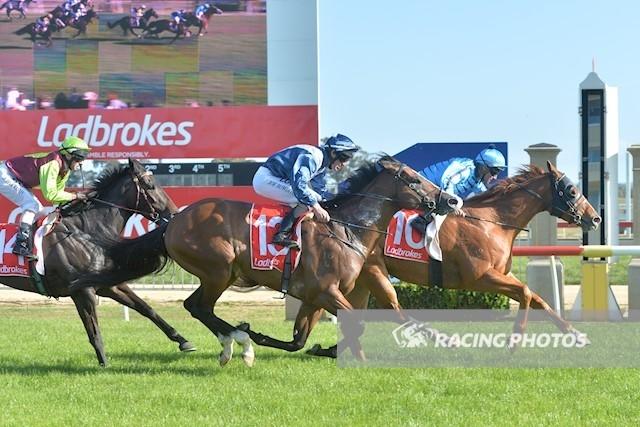 It was a big day at Sale yesterday for Pat and the Epsom Lodge team, with three promising young horses scoring a win and two seconds between them.  The day started well with Tippitywichit (the botanical name for the Venus Fly Trap plant!) and Rhys McLeod finishing second in the 3YO Maiden plate over 1400m, then North Afrika and Jack Martin followed up with a second in the next race.  The day was capped off with a return to the winners circle for Rhys and El Magnificence in the final race, the Ladbrokes Multiverse Grand Handicap BM70.

El Magnificence has had a rocky road since his first win over 12 months ago, and we are delighted for his owners and breeders that he has returned to winning form in such emphatic style.

Interestingly, all of these horses were owner-bred, and have a family history with Pat Carey Racing.  El Magnificence was bred by Colin and Denise Purss and their partners and is a half-brother to stakes winners SHAKESPEAREAN LASS and DAN ZEPHYR.  North Afrika was bred by Trevor Delroy’s Wyadup Valley Farm and is half-brother to ULUNDI and DURNFORD who were both by the mighty HELENUS. Tippitywichit was bred by Michael Drapac’s Sustainable Thoroughbreds operation, out of Bella Mews (NZ) formerly trained by Pat.

Both of the riders have a strong Carey connection as well, Rhys McLeod being a former apprentice to Pat while Jack Martin is the stable’s current apprentice.

Many thanks to all of our staff and specialists for their work on these horses – and the rest of our team.  We appreciate their skill and the dedication they bring to their work every day.