Future Queen of the Turf for Pat Carey Racing Stables 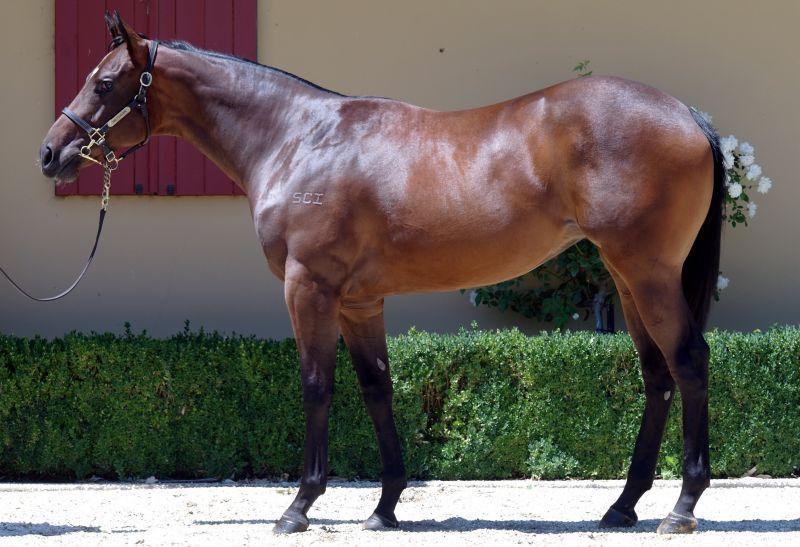 Mornington trainer Pat Carey was the early eye-catcher at the Inglis Premier Yearling Sale at Oaklands, buying a Fastnet Rock filly for a record-breaking $675,000.

The filly, out of Hidden Energy, is a half-sister to Kinetic Design, who finished seventh in Saturday’s Blue Diamond Stakes, and was bred by Swettenham Stud.

Carey said after his winning bid that the purchase was for a long term loyal client of his, and while the bidding eclipsed his budget, he had his heart set on the filly.

It was a record price for a filly sold at Inglis’ Premier Yearling sales, eclipsing the $570,000 forked out by Graeme Rogerson back in 2006 for a King’s Best-Rose Of Tralee product – who was a half-sister to Oaks winner Serenade Rose.

“Quality fillies like that come into the ring, and you know they’re going to make top money, because that’s what they are – they’re top fillies,” Carey said.

“It was a touch more than we wanted to go, but once you’re committed to that type of filly, you need the right person who’s prepared to back you.

“She filled our criteria, and importantly, she’s got the [breeding] page to back her.”

“I’ve got to say she’s an absolute beauty – a queen of a filly,” Sangster added.

“She moved really well, and I thank Pat Carey for buying her and his clients, and also the under-bidders.

“She moves so well, and she’s an ideal Fastnet for that, and it’s great to have her here for Victoria.

“The sales ring, I’ve never seen it so full.

“The Hidden Energy filly – it’s a real testament to my staff and all the team.

Carey was active earlier in the sales, landing another filly (lot 16) for $120,000 – by Smart Missile, the son of Fastnet Rock, out of Testa Rossa mare Fraschetti.