Dan Zephyr blows them away! 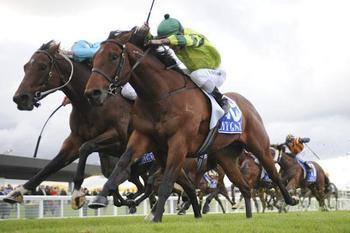 Congratulations to Colin Purss and all owners of Dan Zephyr, winner of the Cora Lynn Football & Netball Club Cobra Showcase at the new Pakenham racecourse on Sunday.

This is now two wins in a row for Dan Zephyr who won his maiden a fortnight ago, also at Pakenham.  Rhys McLeod was the pilot again, and they fought out a tough finish against a strong field to score by just a whisker.

After getting off to a bit of a late start in his racing career Dan Zephyr has hardly put a foot wrong, with two seconds and two wins from four career starts.  He has made the transition from maiden to a BM70 in very quick order, and all going well we are hopeful of a bright future for him.

Rhys is riding in excellent form at the moment with a recent treble, http://www.racing.com/news/2015-04-16/mcleod-focussed-and-fit and we hope that he keeps wearing his lucky undies.