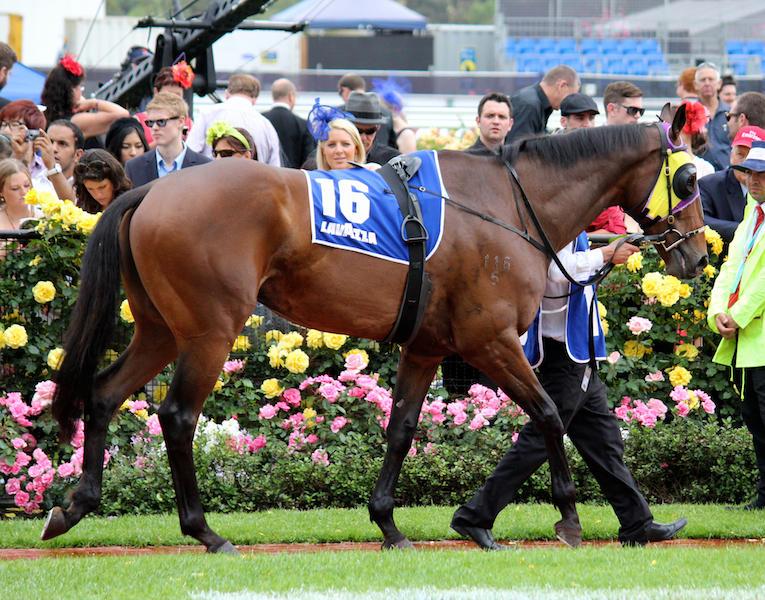 Trainer Pat Carey and owners Trevor and Terri Delroy had an early success at Flemington with the same colours that will be carried in the Melbourne Cup by their runner Ethiopia.

The success of Kasane in Tuesday's TAB Trophy Hcp (1700m) also got rider Brett Prebble into a winning mood before the big race.

Hong Kong-based Prebble gave Kasane ($26) a perfect ride and the mare showed the benefit of it to score by a half length from Mabsam ($9) with Aliyana ($17) a short half-head away in third place.

For Carey it was his third win in the race and he is hoping it won't be the last for the day.

"We've got everything set of the Cup, I just hope the same colours are going past the post in front," Carey said.

Like Kasane, Ethiopia, one of the better local hopes in a race dominated by internationals, was also bred by his owners.

While Prebble shared the success on Kasane, he is on Green Moon in the Cup with Rhys McLeod on Ethiopia.