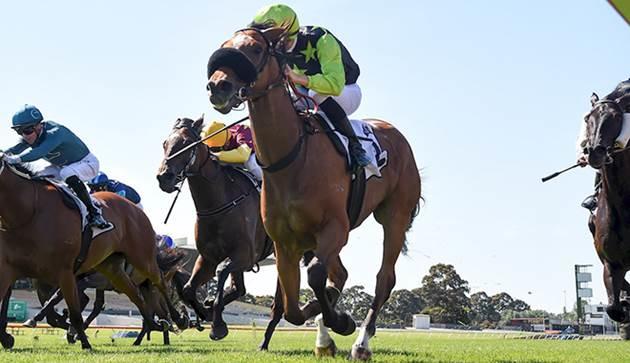 Pat Carey is hopeful that Maclairey can play a part in the Yarra Valley Cup on Friday, having also had success with his dam.

Carey trained Maclairey’s mother Dame Claire, who was able to win the 2012 Listed Andrew Ramsden and also finished in the minor placings in the G3 Bart Cummings in 2012 and G2 Adelaide Cup the following year.

Maclairey brought up his third career victory two starts back over 1600 at Sandown, before being beaten 2.3 lengths at Pakenham last start in a Benchmark 70 over the same distance.

“He got there too early last start at Pakenham when he was racing in his grade, but fought on well,” Carey said.

Carey is confident that he has found the right race for his five-year-old gelding, believing the race shape will suit.

“I think at Yarra Valley there should be good tempo in the race and if he could sit off them and get the right sling into the race he’ll be in the finish with his light weight.”