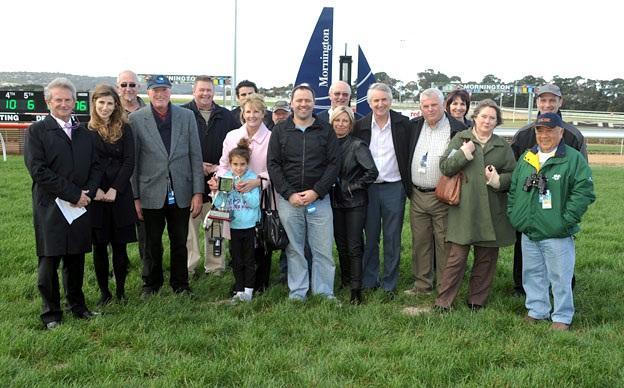 Relatively unwanted in the betting at $17, jockey Peter Mertens settled Dame Claire in second position early before the leader The Cleaner took off mid-race to lead by over twelve lengths in the middle stages.

After reeling in The Cleaner on the home turn, Dame Claire proved too strong in the straight holding off I’m Jake by half a length at the post with the favourite Storm Burst ($3.40) a further head away in third.

Speaking after his winning ride, jockey Peter Mertens admitted he wasn’t confident the strong pace set up front by The Cleaner would suit his horse.

“I wasn’t confident as she’s probably still one run away.” Mertens said.

“Even though she had a nice run early in the race, from a long way out we were under pressure from I’m Jake.

“I think we were just lucky we got the rails run which probably proved the difference in the end.”

Tearaway leader The Cleaner only battled in the straight to eventually finish in fourth position just under nine lengths away from the winner.