Birthday Wishes to all our horses 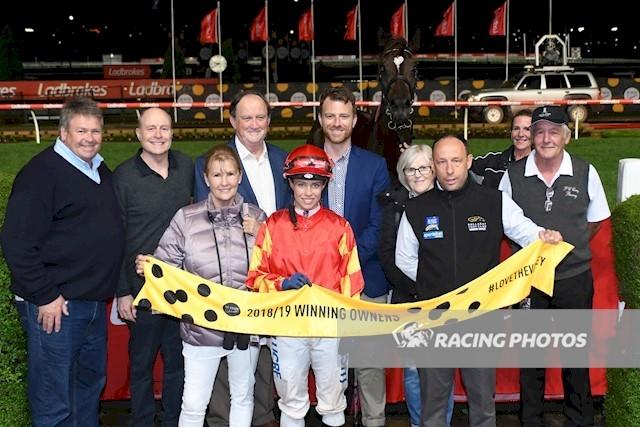 1st August is the official birthday for all thoroughbred horses in the Southern Hemisphere, and marks the start of the new Racing Year.  Looking back over the last year we remember some proud moments including city wins, the emergence of CROWDED HOUSE as a sire of the future, and the talented offspring of some of our former race mares.

This year we had a handful of wins in town, 3 of which were from horses we selected at the yearling sales.  We were also delighted to welcome the Makybe Racing and Breeding team on board in February, and registered quick success from Swift Sis who won 2 in a row at Flemington.

Trevor Delroy’s Wyadup Valley Farms have had a great start to the season with 3 impressive winners including Alexandria, Algiers and Impi.

It is very rewarding to see the progeny of our former race mares coming through, and we have some exciting prospects in De Little Sister – daughter of VRC Oaks winner ARAPAHO MISS, Maclairey (2 wins in a row this season) – first foal of Listed race winner DAME CLAIRE, and Serengeti who is out of QTC Oaks winner GONDOKORO.  The current team also features recent winner Tippitywichit (out of Bella Mews) and Kootara (2 wins this season) who is out of Annie’s Diamond. Also a  couple to watch are Chloe’s Day (out of More Than Ameira), Magic Pippa (out of Marleesand), and Epsom Days (out of Flotercher)

All in all we believe we have built a solid team with good prospects for the coming racing season, including some of our up-and-coming horses such as lightly raced Annie’s Missile, The Sisters, and young stayer Francarlo.  There are also some new 3 year olds who have not yet raced but have shown good promise in their jumpouts and trials. We have also selected a couple of nice fillies at this year’s sales who have just completed their breaking in and will go on the market shortly for future owners.

Our apprentice Jack Martin is riding in excellent form, riding his first Group winner on “Moss’N’ Dale” Jack also went on to ride in the inaugural “All Star Mile” and is a very important part of the P G Carey Racing Team.. We would also like to introduce Celine Gaudray who is a very capable rider and has recently signed up with Racing Victoria as a first year Apprentice. Celine has been with us for around 2 years and will be following in the footsteps of previous apprentices Lucas Dowson, Sally Wynne,Tommy Campbell, Rhys Mcleod Aaron Mitchell and current “final year” apprentice Jack Martin.

We are also very confident Celine will do well in her new and very challenging roll as an Apprentice Jockey and we will  keep you posted as she progresses.