An impressive win by Ulundi. 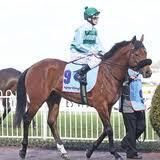 Promising stayer Ulundi scored an impressive win at Mornington this afternoon showing he has a bright Spring Carnival ahead of him.

The son of Helenus was having his third run back from a spell and was stepping out to the suitable trip of 2000m.

Settling just worse than mid field pre-race, Ulundi made his move from the 600m mark under the guidance of Rhys McLeod and gave nothing else a chance in the straight  winning by just on two lengths.

It was a perfect ride by McLeod as he always had Ulundi in the right position and gave him the most easiest of runs as possible.

Trainer Pat Carey has always had a high opinion of Ulundi as he ran the horse in the Victoria Derby last year.

Carey was thrilled with Ulundi's win this afternoon and explained that the horse will only get better with further racing and there looks to be a nice race in him.

What made the win even better was that Ulundi defined the racing pattern on the day by coming back from well in the field where most winners sat on the pace all day.

Carey further stated that he will now nominate Ulundi for the Group Three Coongy Handicap (2000m) on Caulfield Cup Day but if he doesn't gain a start there Ulundi will go to the 0-82 2000m on Thousand Guineas Day.

Congratulations goes to Ulundi's owner in Trevor Delroy who is a wonderful supporter of Epsom Lodge and would have got a great kick of the victory.

In other stable news Our Serena ran a game third in the Listed Ansett Stakes over 2400m and showed she too is in for a nice spring.