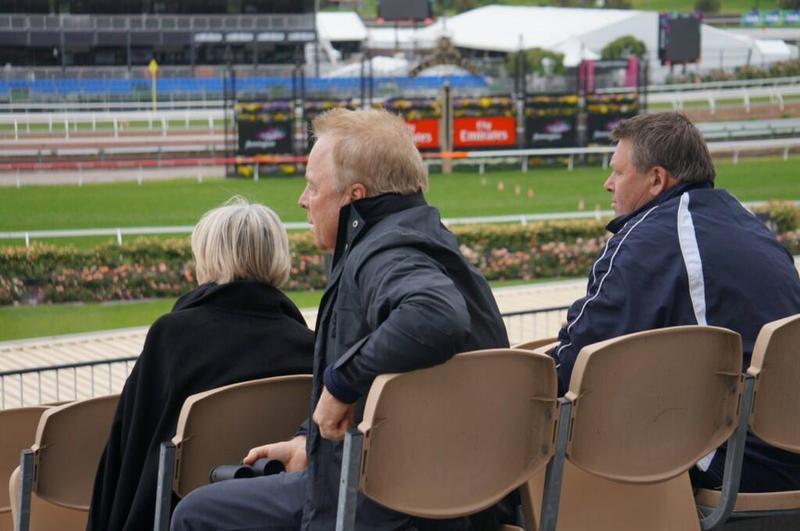 Pat Carey could be after another Australian Derby win with a lightly-raced outsider following the maiden win of the promising Bikila at Sandown-Lakeside on Wednesday.

The Mornington-based Carey scored an upset in the 2012 Australian Derby three years back with his 14/1 shot Ethiopia who won as a maiden at just his fourth career start.

Now the $2 million Group 1 over the mile and a half at Royal Randwick on Day 1 of The Championships, April 4, this Sydney Autumn Racing Carnival could be on the cards for Carey’s Street Sense gelding Bikila.

The Trevor Delroy-owned galloper had his third career run today in the $35,000 The Grand Hotel Frankston Handicap (1600m) jumping a $71 roughie in the markets after running eighth in his two previous starts at Sale.

He proved far better than his earlier form, including his effort last time out when over-racing over 1740m on February 20, and great value when Chad Schofield jumped onboard giving the galloper a brilliant ride.

In a bunched-up field, Schofield found the gap when it counted and Bikila, racing outside of his grade, enjoyed a one and a quarter length victory over Robbie Griffiths’ Purrealist gelding Pure Addiction ($4.40).

“He was very strong to the line,” was the report back from the winning hoop Schofield.

Carey was also pleased with the upset result and said the stable wasn’t scared to tackle the Group 1 carnival majors with progressive three-year-olds like Bikila.

“It was a pretty nice win and a lovely brave ride,” Carey said according to the Racing Network.

“We took the winkers off, he was able to get cover and he got a beautiful ride from Chad. He hasn’t been an easy horse to train, but he’s come a long way in a short time.”

While the Australian Derby, for which Bikila is currently one of 109 nominees, is still officially being considered Carey said the horse would need to be improving over the coming weeks to earn an acceptance.

“Within reason we like to have a crack at those races if we think they’re up to it,” he said.

“He’s nominated in Sydney, but there’s a lot of water to flow under the bridge between a Sandown win today and making that a certain.”

Bikila meanwhile is an $81 outsider in the futures Australian Derby betting markets, a price that could improve if he comes out and wins again in the next couple of weeks.